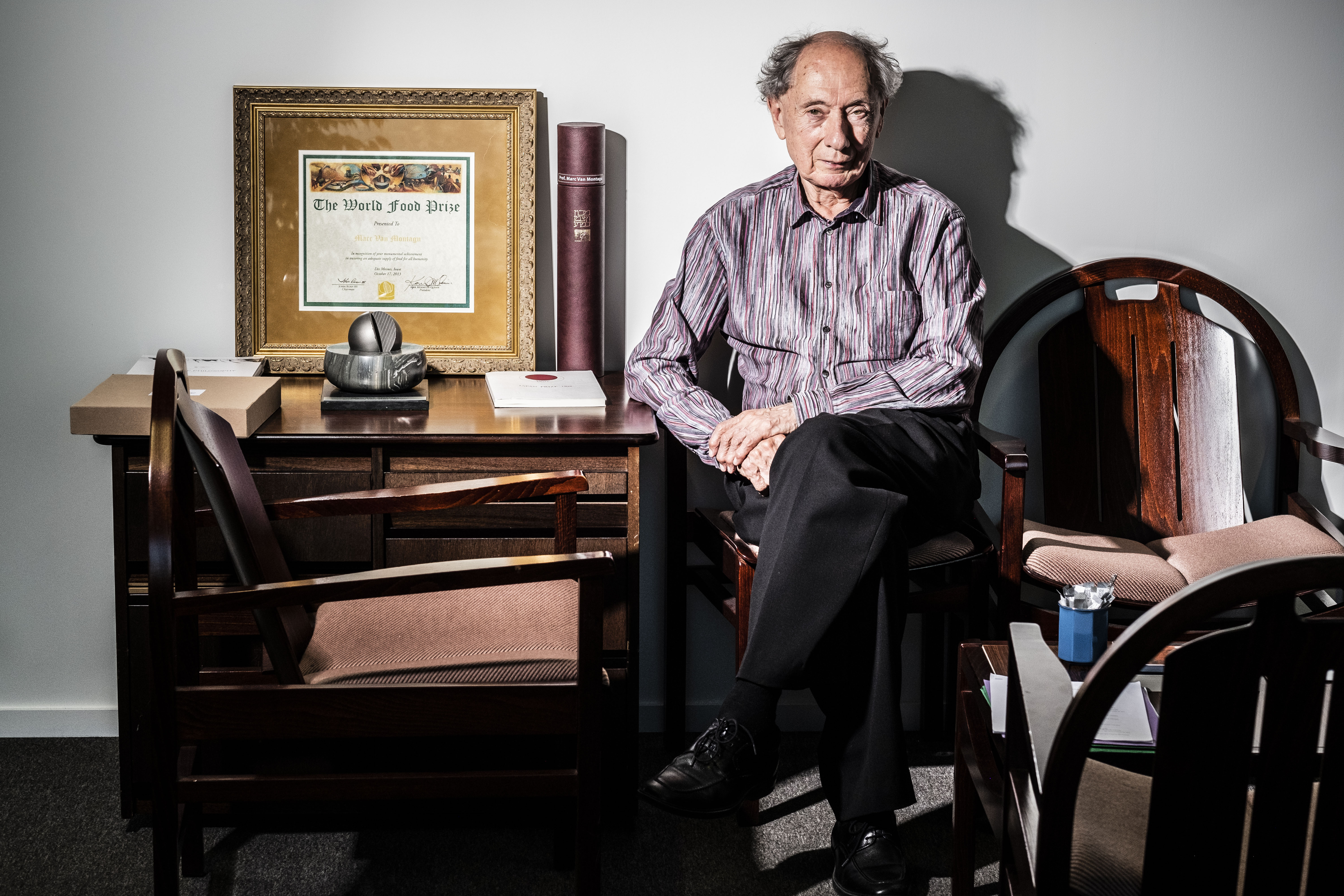 Em. Prof. Marc Van Montagu is a pioneer in plant molecular biology. He is well known (with J. Schell) as the discoverer of the Ti-plasmid and the inventor of Agrobacterium tumefaciens transformation technology, now used worldwide to produce genetically engineered plants. In addition to groundbreaking contributions to unravel the natural mechanism of gene transfer in A. tumefaciens, the laboratory of Marc Van Montagu has applied gene transfer technology to study gene regulation and to discover the molecular basis of several plant physiological processes. He has given pioneering contributions on plant gene discovery and regulation, plant molecular mechanisms of response to abiotic stresses, and plant development.

Prof. Van Montagu was Director of the Department of Genetics, Ghent University-Flanders Institute for Biotechnology (VIB), Belgium (1979-1999). Dr. Van Montagu has also been Founding Member and Member of the Board of Directors of two Belgian biotech companies, spin-offs from his laboratory, Plant Genetic System (PGS) and CropDesign. At PGS he has driven front-line innovations for biotech agriculture, such as plants resistant to insects or tolerant to more environmentally friendly herbicides. After his retirement from Ghent University, Em. Prof. Marc Van Montagu created IPBO – International Plant Biotechnology Outreach, a VIB cell at Ghent University, with focus on biotechnological solutions to sustainable global agriculture.

Dr. Van Montagu has received numerous prestigious awards and honors, in particular the Japan Prize for Biotechnology and Agriculture Sciences in 1998, and the World Food Prize in 2013. He is a member of 11 academies of sciences/agriculture worldwide and recipient of 9 honorary doctorate degrees. Marc Van Montagu was the President of the European Federation of Biotechnologists from 2005-2013 and was appointed UNIDO Goodwill Ambassador for the development of agribusiness in low-income countries in 2014. He has produced over 1100 scientific publications that have received more than 90.000 citations. Due to his accomplishments, he received in 1990 the title of Baron from the King of Belgians.

Marc Van Montagu holds a Ph.D. in Organic Chemistry/ Biochemistry and a BA in Chemistry from Ghent University.